Skip to content
I instantly fell in love with this image (above) from enSoie’s Spring / Summer ‘Marlie et Louise’ collection campaign shoot. It feels a little bohemian; her ethnic printed dress, the presumably-collected ceramic vessel in the corner, that wonderful large scale art work as the room’s focus, and the delicate detailing of the chair. It also took […]
Posted in Fashion 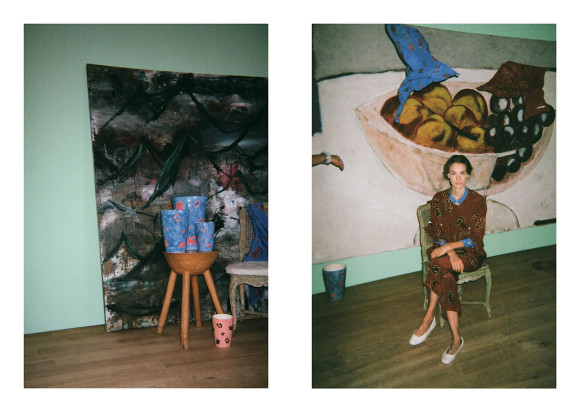 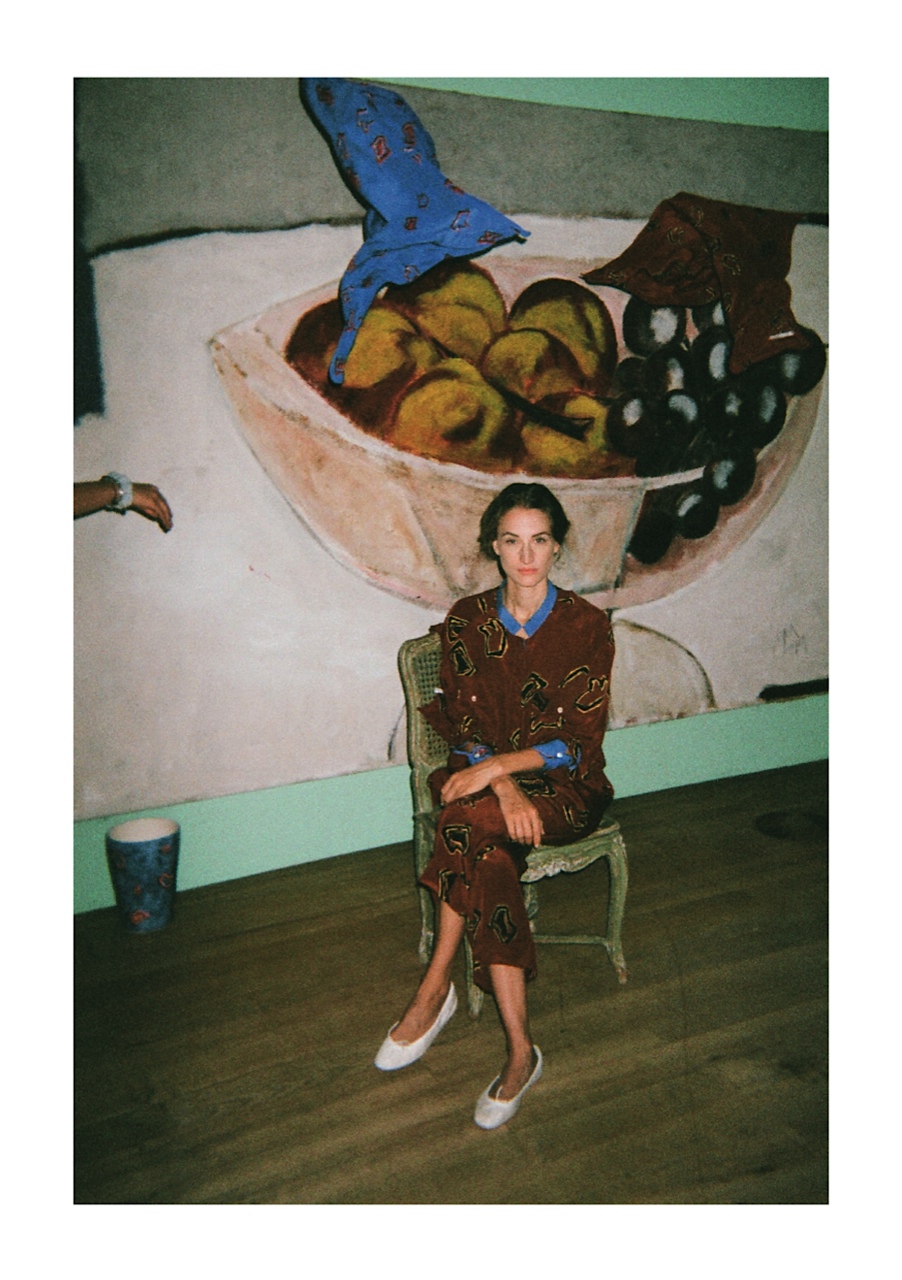 I instantly fell in love with this image (above) from enSoie’s Spring / Summer ‘Marlie et Louise’ collection campaign shoot. It feels a little bohemian; her ethnic printed dress, the presumably-collected ceramic vessel in the corner, that wonderful large scale art work as the room’s focus, and the delicate detailing of the chair. It also took me a while to notice that someone is throwing two scarves into shot! It’s brilliant, actually, the whole campaign is. Painterly, narrative and in a world of its own.

I’ve been told that the woman featured in the campaign shoot is Eleonore (who runs the enSoie L.A store) and was photographed on disposable cameras by her sister to reveal a tale of two girls – hence the campaign’s title ‘Marlie et Louise’. This only lead me to believe that the creative team behind enSoie is something really special…

In an industry that is forever following suit, stealing ideas, and irresponsibly over producing it was an absolute pleasure to speak with the family-owned and run brand of enSoie, of whom live and create by the mantra, “we produce for soul, not for sale.”

How does your LA store differ from your other two retail spaces? What different perspective do each of the stores offer?

We consider each of our locations to be much more than just stores: they are essentially creative ateliers, so in that sense what we’re doing is reinterpreting different cultures, products and ideas. We produce so many things from apparel and jewelry to ceramics, homeware, accessories, children’s wear etc but in every city we try to present each product in a cohesive way that essentially reflects the enSoie lifestyle.

Can you tell us about some of the ideas surrounding your spring summer collection.

Marlie et Louise is a tale of two women interpreted by two artists implementing two very different printing techniques. “You cannot describe a colour, you have to wear it.” So said Swiss conceptual artist Dieter Meier in 1984 and now, several years later, we re-introduce the phrase as a kind of mantra for Marlie, devoted pal of Louise and fun-loving figure of elegance in her own right. In re-editing Meier’s screen print from yesteryear, we embrace an update of the original patterns by infusing them with saturated bursts of colour. As lightweight crepe de chine takes on a life of its own, think exaggerated pocket details, widened sleeves and relaxed shoulder lines. The perfect solution to a modern-day yearning for what it really means to look and feel bohemian.

Upon a visit to Kolkata last year we discovered an almost forgotten craft; intricate hand-painted patterns inspired by ancient traditions of sari painting. Enter Kolkata-based artist Sanjoy Pal, a leading craftsmen in his field who has incorporated the use of his technique upon an assortment of designs cut from canvas, especially for Louise. We refer to it as wearable art; a mini-collection of dresses and separates transform the otherwise softened Spring / Summer silhouette into a bold, effervescent tower of strength. In juxtaposing light and dark elements, Sanjoy Pal playfully tells the tale of Louise through a spirited series of dramatic brush strokes.

And enSoie wouldn’t be enSoie without a ceramics edition in matching prints. This season, we added ceramic buttons and jewellery into the mix, all of which have been specially hand painted by Justyna Piktel, who runs the family-owned pottery in Poland that has exclusively produced for Atelier enSoie Pruskow for over 25 years.

I really love that you have maintained a traditional approach to textiles and printing techniques. Can you tell us about what you are working on right now that falls into this category?

We’re all about preserving select techniques ranging from hand-painting to embroideries, screen-printing and more. We’ve just launched our Spring / Summer collection with an event in L.A and in Zurich where we unveiled our Fall / Winter collection ‘Searching for Serge’ which features a number of hand-embroidered details on sweatshirts and screen printing on silk skirts.

‘Searching for Serge‘ tells the a tale of romance as a well-traveled woman of elegance embarks upon a journey in search of a long lost love. Design inspirations range from masterfully-tailored silhouettes through to American collegiate shapes, circa 1950. Enter cashmere cardigans with varsity lettering and a-line skirts worn with signature sweaters embroidered with our longstanding enSoie mantra: LOVE RULES FOREVER. It’s about acknowledging the past in the present.

enSoie finds strength in collaboration which is wonderful. Who are you working with at the moment? Why do you choose for collaboration to be such a big part of your business?

The enSoie x VIU eyewear collection truly reflects what it means to be limited-edition. With just 145 pairs produced from two designs and three separate color ways, they essentially pay homage to the 1980s by combining the essence of art and fashion
with vintage materials and re-imagined abstract prints from the enSoie archives. ‘Framing Flowers’ is the result of a collaboration between enSoie and Fabrice Aeberhard & Christian Kaegi from the recently-launched Swiss start-up company, VIU Eyewear.

For our L.A event earlier this month we collaborated with three local artists:

Having begun his career working with Mike Mills and Roman Coppola at The Director’s Bureau, Thompson has since set upon a quest of bridging art and commerce through illustration, animation and design-based projects. In addition to directing music videos and film projects, the CalArts graduate is co-founder of Brainbow Inc. He is currently working on an upcoming solo show in Los Angeles as well as a collaboration with Coach.

Boston-native Sean Daly works as a production designer for film & television creating otherworldly dimensions within controlled spaces. Equipped with a sensitivity for objects and environments, he seamlessly navigates between high and low culture and has served as artistic advisor for assorted motion picture titles including The Soloist and Sherlock Holmes. He currently divides his time between Los Angeles and Marfa, where he is working as the designer for The Capri at Thunderbird Marfa.

Raised in Latin America, Mambo began his career in Paris where street art with graffiti roots developed into a higher psyche of sorts as the interplay of lines and graphic design propelled the artist to reinterpret logos, symbols and codes, or as he likes to call them: visual enigmas. Today he lives and works in Los Angeles and is currently working on a solo show in London later this year, as well as a live painting performance with Agnes B in Tokyo and a Mambo cake collaboration with the Mandarin Oriental in Paris.

And to explain a little bit about yourself, what does enSoie mean?

enSoie is adapted from the expression to “sourire en soie” which translates: to ‘smile in silk’.

This is essentially a kind of mantra for our brand as we believe to live a life without smiling is pointless. As Monique Meier, the founder of enSoie, has always said: “At enSoie we produce for soul, not for sale.” 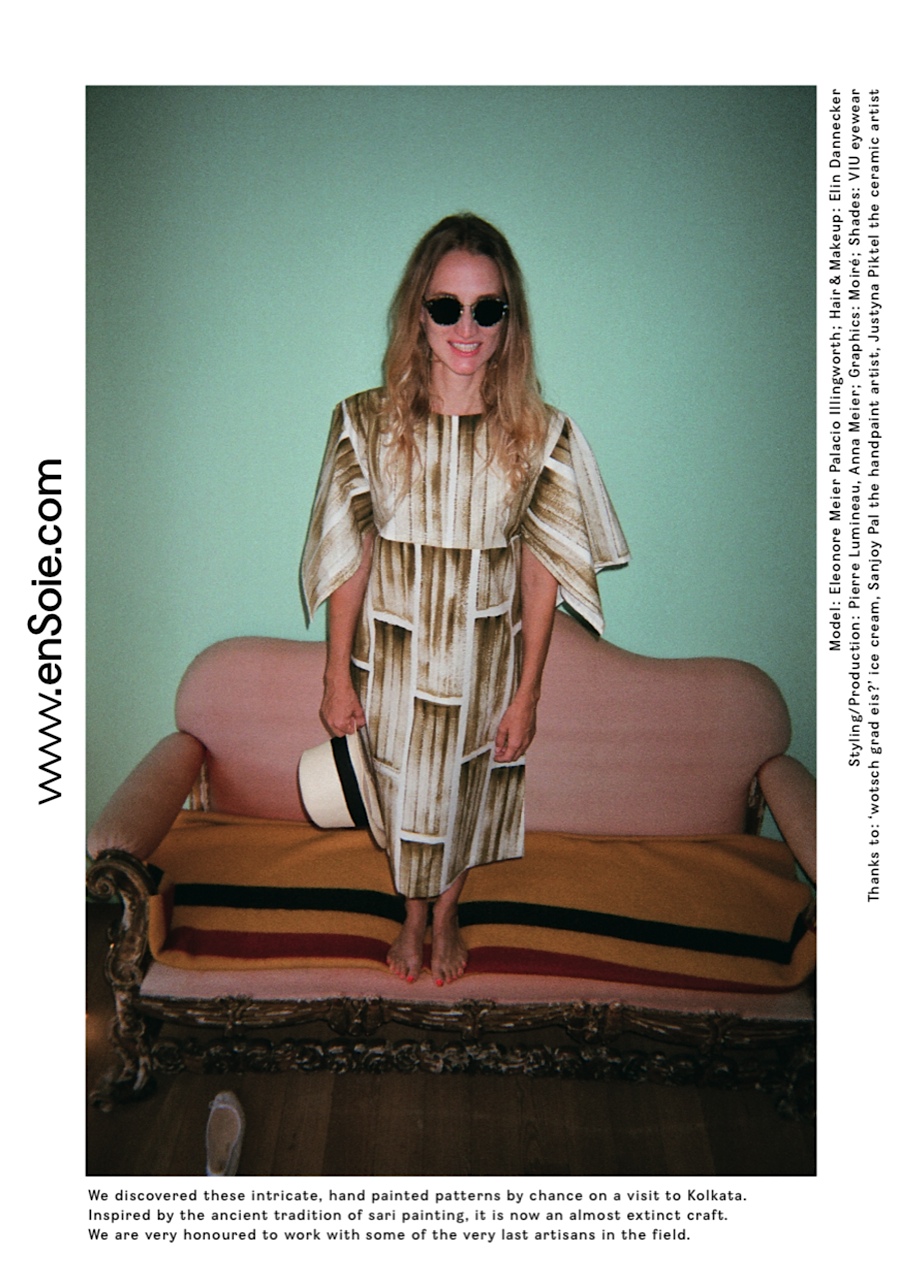 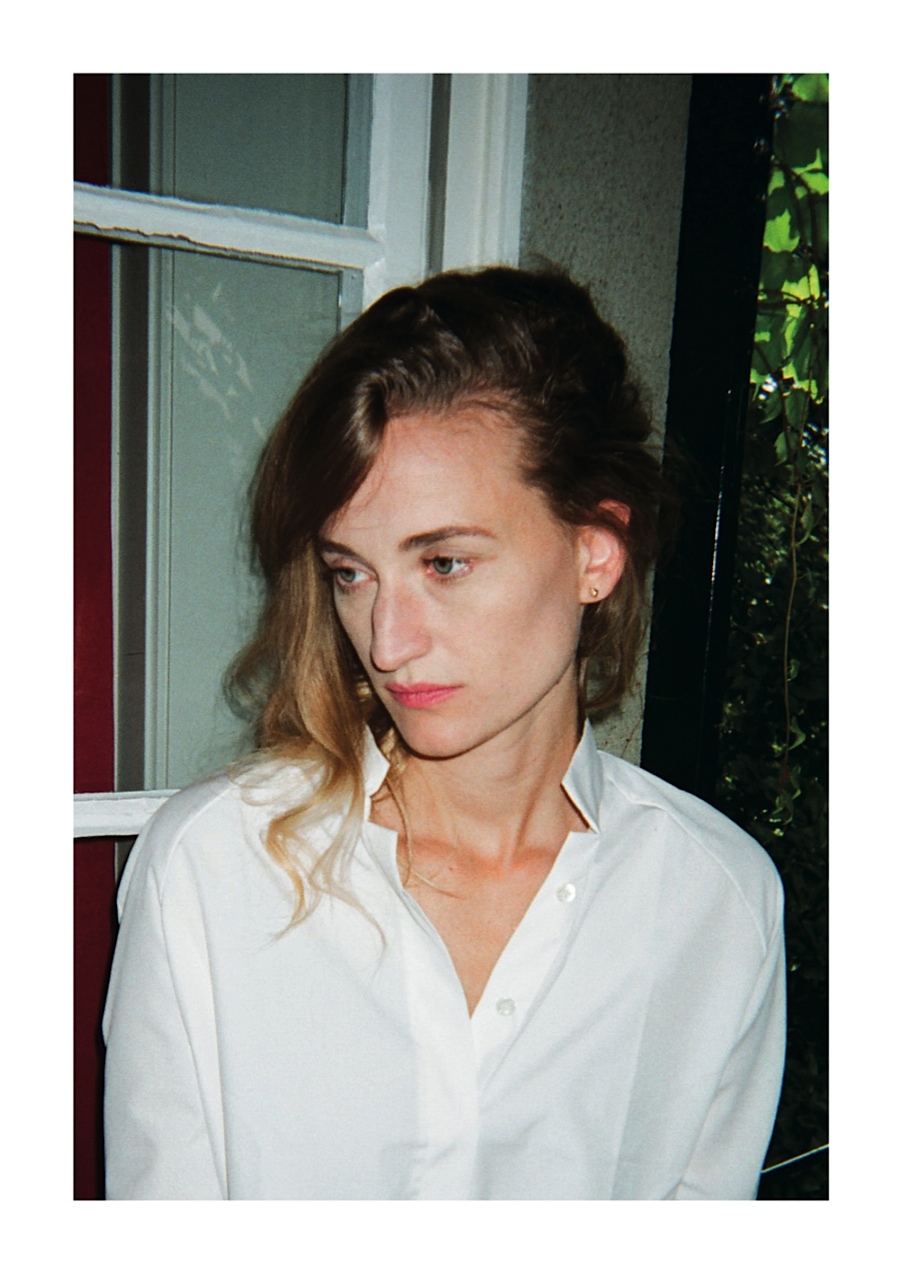 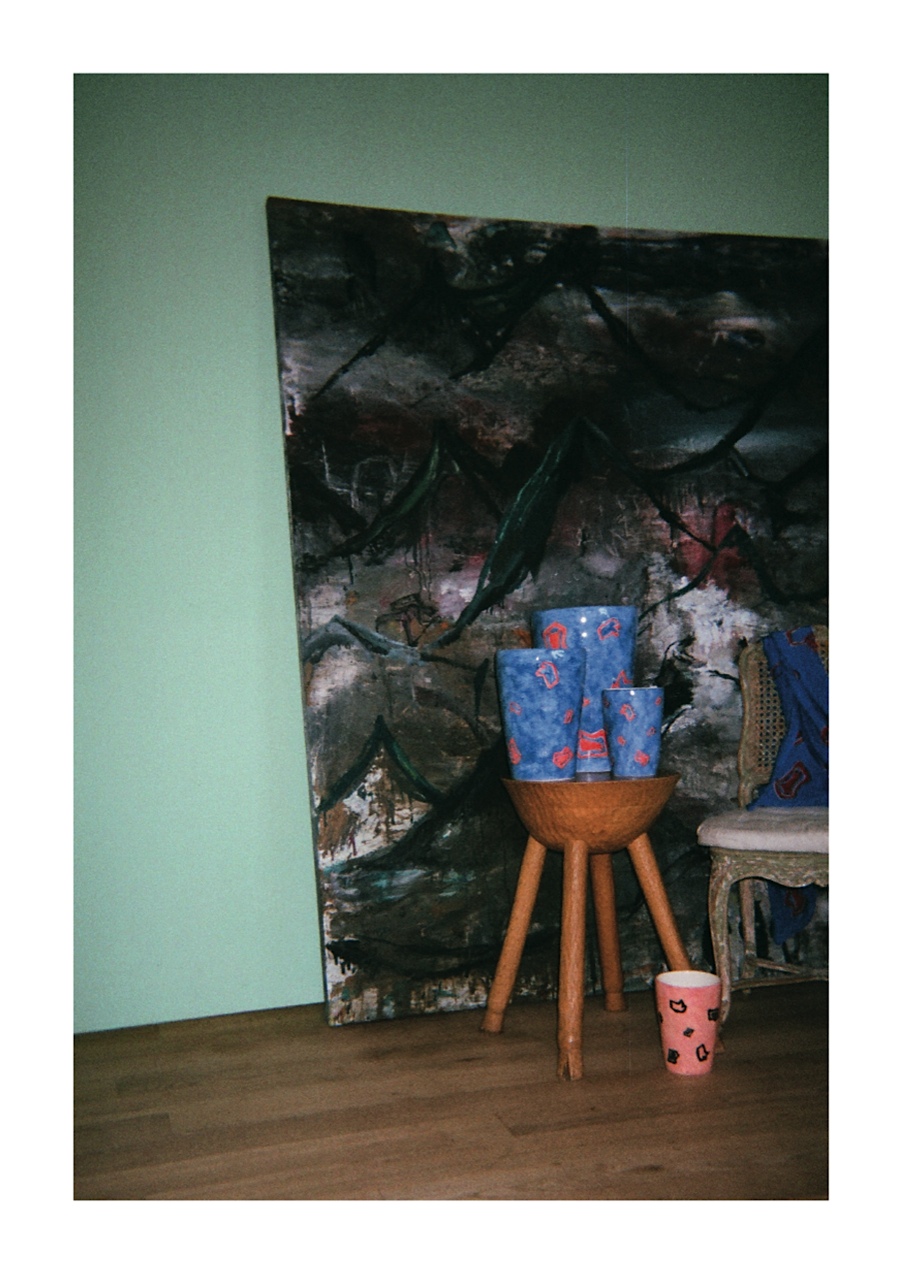 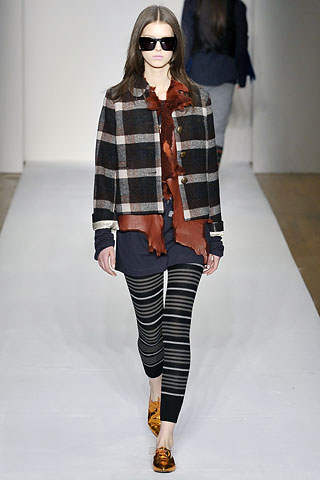 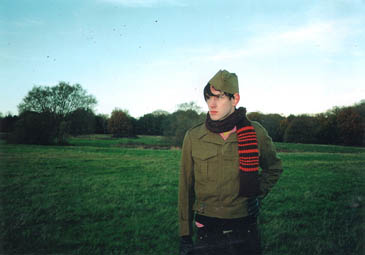 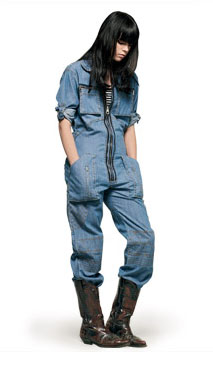 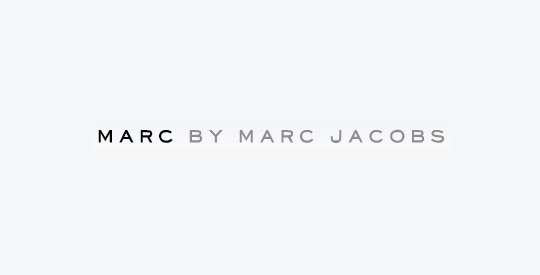 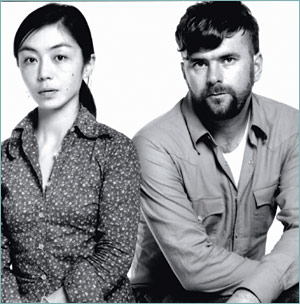