Skip to content
Originally married to the Norwegian writer Axel Jensen, Marianne Jensen (later Marianne Ihlen), was swept off her feet by the charismatic and openly curious poet Mr Leonard Cohen. “He was wearing khaki trousers, which were a shade more green. And also he had his beloved… what we called in the old days tennis shoes. And he also always wore shirts […]
Posted in Women 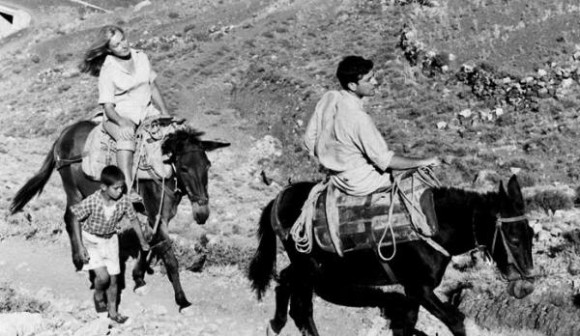 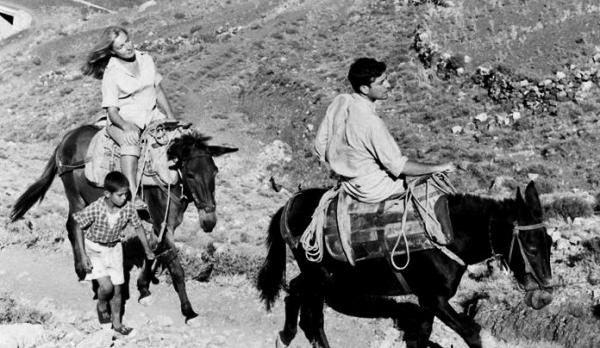 “He was wearing khaki trousers, which were a shade more green. And also he had his beloved… what we called in the old days tennis shoes. And he also always wore shirts with rolled-up sleeves. In addition, he had a beautiful little sixpence cap… But I remember well that when my eyes met his eyes I felt it throughout my body. You know what that is. It is utterly incredible…. I was almost a bit intoxicated. Right away I put on some music, I remember. Danced around a bit, and thought it all of a sudden was such fun to be with my son… felt it was simple and fine… And even if he wasn’t put to bed at once it was all right. A lightness had come over me…. Early in the day we would maybe go down to the beach. Sometimes little Axel and I would accompany him up to the small house he had rented, for it wasn’t so high up.  And we’d prepare lunch. And then little Axel would fall asleep, and then he’d read poems for me, and then… So we started seeing each other during the days… He then drove me all the way home to Norway in this car. That was when I understood this was something more than friendship. When he went back to Montreal it didn’t take long before I received a telegram: ”Have house, all I need is my woman and her son. Love Leonard.”

Perhaps it was her sun-bleached hair from days spent beside the Aegean sea, or the strength and the softness she delivered as a mother, or maybe it was the fact that she never thought anything of herself other than she had “too much of a round face”, but when they first met on the Greek island of Hydra in 1960, Cohen said she was the most beautiful woman he had ever met. Persuading her to come back home with him to Norway with her son, the three of them then lived together in Montreal throughout the 1960s, commuting between New York, Montreal, and Hydra.

“Oh, those years were really good. Very good. We sat in the sun and we lay in the sun, we walked in the sun, we listened to music, we bathed, we played, we drank, we discussed. There was writing and lovemaking and… It was absolutely fabulous, you know, to have it like that. During five years I didn’t have shoes on my feet, you know.”

During this time Marianne played as Cohen’s muse. Inspiring many of his best songs and poetry, Cohen’s Flowers for Hitler is a dedication to Marianne for this exact reason.