Skip to content
A recent graduate of Central Saint Martin’s, Blandine Bardeau is set to amaze you. Her transformable collection not only has it’s own identity but challenges any formal technique in the industry’s tradition so far. Creating a silhouette like no other her garments hold secrets from mythical tales, religious views from foreign countries and a freedom […]
Posted in Collaboration 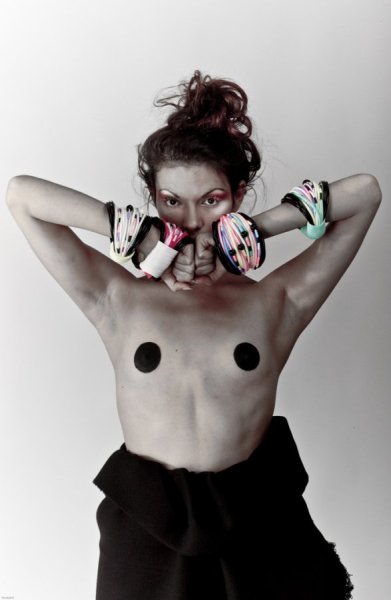 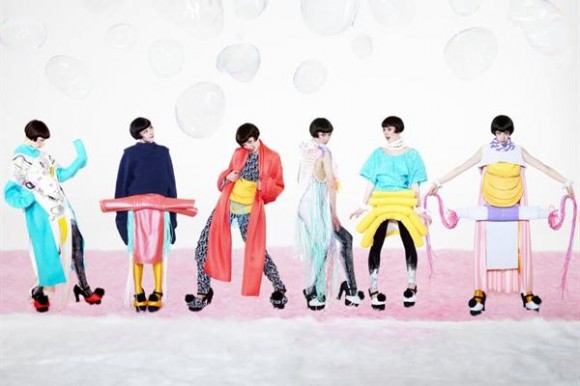 A recent graduate of Central Saint Martin’s, Blandine Bardeau is set to amaze you. Her transformable collection not only has it’s own identity but challenges any formal technique in the industry’s tradition so far. Creating a silhouette like no other her garments hold secrets from mythical tales, religious views from foreign countries and a freedom released from no social conventionality.

With a bright and exciting future in front of her, we talked to Blandine Bardeau about her current situation as a budding artist. With a passionate interview she reveals her obsessive relationship with her inspirations and her unique approach to creating what she believes in.

Ladies and Gentleman I give you, Blandine Bardeau. 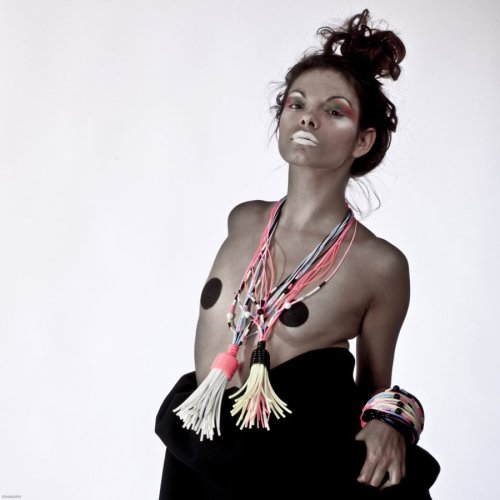 –This is your graduating collection from Central St.Martins. Tell us about your time studying there. Why Central St. Martins, for you personally?

I first heard about Saint Martins from someone who studied there. I also read about Galliano, Stella McCartney and Alexander McQueen, so, as I wanted to study fashion, I thought it would be a good idea to do it well and go to the best school! I didn’t really know what “best” would mean though. I was quite excited to leave France to study in London as well as perfecting my English. I did the Foundation course there first, which was the toughest time of my life (so far!!). Everybody wants to do fashion and become famous, so the selection is really tough, but I owe it everything. I learned how to research and design, which are the two most important things. The B.A was very confusing at first, because you are left alone, and you don’t get taught how to use a sewing machine properly, nor do you get taught how to pattern cut. But it is part of the whole CSM experience, and it means that you can concentrate on your creativity instead of thinking whether this garment is going to be easy to produce. You are free, and at times you feel that the only thing that is expected of you is to be yourself. Saint Martins doesn’t just teach you about fashion, it teaches you how to use and push your creativity. I never felt judged for my style or my concepts. As long as you push it as far as you can, and as long as you work your fingers to the bone, you are fine! I loved it, and also hated it at times. The best thing about it is that you don’t come out as the same person, but you also don’t come out as the same artist and designer. It makes you look at things in a different way.

–Your designs are outstanding! They completely go beyond any structural formalities we have ever seen. Can you tell us about your inspirations behind your collection.

Thank you! I started getting very much into people who choose very unconventional lives, especially artists and designers. I love the freedom that emanates from musicians like Björk, CocoRosie, or David Bowie. They create mythologies around a stage character, but what’s fascinating is that the boundaries between the real and the imagined are very thin. The idea of transformation has inspired me throughout the year, and I wanted to create clothes which are not uniform and rigid, but, just like us as people, have identities which allow us to become creatures, animals, boys or girls. Our imagination is endless and much more powerful than we think and I used mine to create my collection, basing a lot of the shapes on my own drawings. I wanted this collection to be as free and natural as creation is for a child.

I looked at more traditional cultures where people allow themselves to become animals, trees or the opposite sex, and I found that Paganism, which used very a widespread religion, is imbibed with the same stories and possibilities. Our connection to nature has completely changed since Paganism was replaced by Christianity, and the world is somewhat empty of spirituality. I wanted to whisper a little bit of magic in my clothes…

– How did it go putting together the full runway show from start to finish? Were there any elements to the show that you were passionate about having involved? What music did you choose?

I have never experienced anything so stressful! And I am usually super stressed! The first show at school was hectic because the backstage was tiny and there weren’t many models so they had to change every 4 minutes, so while people saw them walking calmly, they were in fact running up the stairs taking their clothes off as soon as they reached the exit door!! The Press Show was a little better, although we showed twice in the same day with more space and less students; much more professional, I have to say, and even though I almost died of a heart attack, I really enjoyed the thrill. I would do it again tomorrow! I enjoyed everything about it, although I could have done with more models. I knew what song I was going to use about a year before the show, I know I’m a bit of a geek. I get obsessed by a band or a musician every two years or so and that is more or less the only thing I listen to. At the moment it is CocoRosie, so it had to be them. I choose Rainbowarriors because it’s one of their only songs that has a “model walk” beat: I wanted something with drums, a bit tribal. The song was perfect. Strangely enough I don’t like to watch the video of my show. I only notice the flaws, and it’s scary because it cannot be changed… 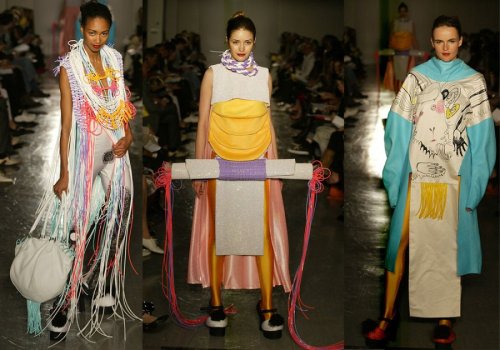 – You seem to have a very strong artistic approach when it comes to designing clothing. By that I mean, there is no social convention in your design what so ever! Which is great! What is the motivation behind this move as a designer?

I’m glad that social unconventionality comes accross because it is specifically what I have tried to do with this collection. I would say that it is because I have never really been just a fashion designer. My first forms of expression were drawing, dressing-up and acting. I have always questioned my choice to do fashion, and I sometimes thought it was the wrong choice, that I would have been better suited studying illustration or fine art. I think I like creating worlds, atmospheres, bubbles, something you look at and you instantly get the feel of. What I love doing is drawing and designing clothes which appear in my head. I am so thankful to Saint Martins to have let me dream my clothes the way I did. I don’t think I could have done it anywhere else.

– Tell us about the name ‘Blandine Bardeau’.

It’s funny because in France my name is nothing that special. I mean it’s nice, don’t get me wrong, but for foreigners it is something very special, especially for English speakers. Something about the sound of it, the double B, and of course, it conjures up the moviestar name Brigitte Bardot. “Blanc” means “white” in French and “dine” is a common ending for a French name. It is great to have such a name, especially for a designer. And people always remember it, therefore they remember you. It is an old-fashioned name in France, but not in a pejorative way, it’s just not very common anymore. My parents chose it because it is the name of my Mum’s Godmother, who is one of the most special people in the world, so I am very proud to share my name with her.

– What is the philosophy behind the ‘Blandine Bardeau’ girls world?

Mmm…It’s an interesting question because I don’t actually believe in a “girls world”. My work is very much about being who you are and who you want to be, and I have always found the boundaries between being a girl and being a boy a bit silly and very restricting. If we could stop or have less preconceptions about people and what they are supposed to be and behave like, how much more free and creative we could all be! I have always found it so unfair that boys were allowed to do certains things girls weren’t allowed to do, even when I was three years old. My favourite colour was blue and I liked playing with my brother’s cars. My world is about the multitude of people we all are. I have never liked being just defined as a girl, meaning sweet, soft, polite, who cannot burp, swear, who has to wax and always be pretty. I am not saying I am none of those things, but I am also a lot of other things, like a strong warrior, an angry monkey and a lazy bug…

– I would be so excited to find Blandine Bardeau in fashion boutiques around the world. Where would you idealy love to sell to? Or is having your own store something that appeals more to you?

Both would be great!Having my own shop would be absolutely amazing, life couldn’ get better, but obviously more tears and sweat have to come first. I’d love to sell in Liberty, because it is a really great shop. I love Le Bon Marché in Paris, but I’d also love to sell in small, tiny, great shops only a few people know about. I guess the small ones would come first.

– Having graduated and now putting yourself and your designs out there now must have hit a certain reality. What’s next for Blandine Bardeau?

Yes it certainly has. And it is quite strange to hear some people telling you that your work is too individual and too personal, when it is what you have been pushed to do all these years. But for now the most important thing is to get your work seen, and see what happens. I have been asked to do a jewellery collection for Beyond The Valley as well as to put on an exhibition in their gallery, a couple of publications and some other exciting requests. I am also approaching people to work for and with. Mostly I am taking it slowly but surely! I want to collaborate with great people; it is the most important thing for me. I get fed by meeting people and being with people. I just want to work around excititing ideas and an exciting life. I am also going to carry on drawing, painting and illustrating. I like the idea of being a multi-skilled artist/designer. 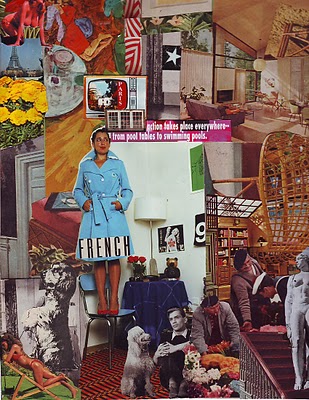