Skip to content
With a nostalgic look at her years growing up in the 90s, artist Julianna Sseruwagi-Nisbett re-creates beautiful images of her teen years through an obsession with the brand Moschino. Fitting carefully collected, vintage Moschino pieces onto iconic people that she feels portray the essence of her own youth, Julianna Sseruwagi-Nisbett applies a concept strong enough […]
Posted in Art 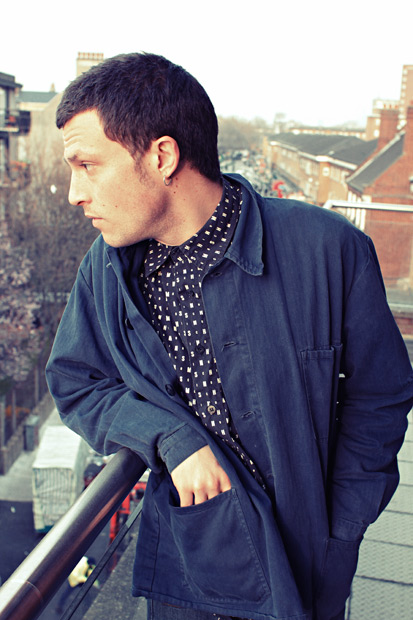 With a nostalgic look at her years growing up in the 90s, artist Julianna Sseruwagi-Nisbett re-creates beautiful images of her teen years through an obsession with the brand Moschino. Fitting carefully collected, vintage Moschino pieces onto iconic people that she feels portray the essence of her own youth, Julianna Sseruwagi-Nisbett applies a concept strong enough to take her out of a ‘styling’ gig and be put in amongst the worlds leading artists. I talked exclusively with Julianna about her journey back to her past, her upcoming projects and her love and loyalty towards the brand, Moschino. 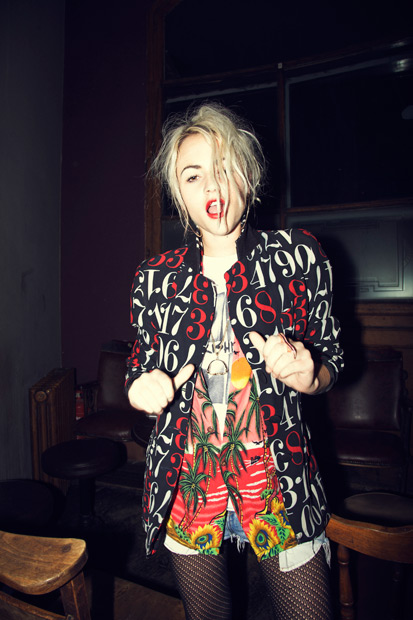 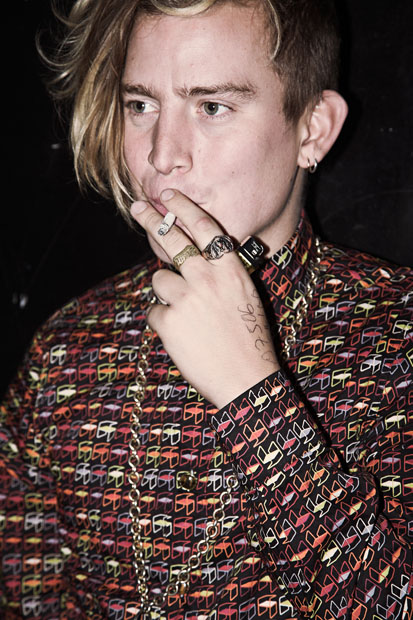 -Tell us about your choice to use your styling abilities in a more arts focused environment rather than taking work in fashion magazines.

There are so many reasons why people wear clothes and particular styles, other than to follow trends. I felt it would be interesting to explore that aspect, rather than just focusing on the aesthetic as most fashion shoots do.

Moschino was huge in a significant period of my life. For me it is synonymous with nineties in London; jungle and garage raves, my first love, escapades in my first car all happened within this period. Of course there were other popular brands too, but pre 1995 Moschino still appeals to me and others now. There is something enduring about the aesthetic. This could be because Franco Moschino had an arts focused approach to his work; there was always a thought process behind his pieces whether he was promoting safe sex, or mocking the fashion industry .

-I love the idea of re capturing your youth and exploring your personal identification with a brand at that age within a new, modern image, re modelled on someone else. can you tell us about the process for this idea. Some of the memories? Do you think this idea will ever evolve around any other aspects that were as significant in your life growing up?

Thanks! I had been collected vintage Moschino pieces in charity shops for some time, and the items seemed to signify the nostalgia I was already feeling about that part of my life. The idea was to capture people in their natural environments wearing one piece of Moschino that fitted in comfortably with their style. This was important for me as I wanted to reflect how Moschino could and was still being worn today by a variety of people. Working class kids (like myself) wore patterned Moschino when we were younger, middle class kids wear them now for entirely different reasons. This hasn’t just happened with fashion, I have seen a lot of things that were in my inner city environment when I was younger, such as slang words, music and even locations, being used again now by middle class kids in a different context. I find this really interesting.

-Why did you choose to use well known/iconic people as your models in your work?

Having worked in music I knew many bands, artist, DJ’s etc, so using them represents who I was/am as much as friends or boyfriends. It is easy to go from Monday to Tuesday without really thinking about what connects the days together, and by using a variety of people I was able to in some way see the changes I had gone through in my life. Dominic Jones used to live in the infamous Toilet Factory (a squat in Peckham), with a band I used to manage called Ratty Rat Rat, and I grew up with Shaun Wright Phillips in Brockley. Both represent very different periods in my life, but I like the idea that actually they
sit quite comfortably together.

-You have worked with some wonderful photographers throughout your work, can you tell us why you believe in the method of collaboration. In a fashion sense this is usual but in an art scene perhaps not quite as often?

Although I am a competent photographer, I don’t want to have a defining photographic style which would limit my work. Using different people gives me the variety I need. I know exactly what I want to get from the image, and I pick the right person to do that for me.

-Any pro’s/cons being a woman in the arts industry?

I never think in terms of gender, race, sexuality etc anyway, so if I have encountered anything, unless it’s direct I wouldn’t have noticed! However I am aware that I exist in a period where it is good to be a women. Certainly in the arts, we hold our own and are respected in a way that wouldn’t have happened 100 years ago.

A big influence for me is Nietzsche. I probably mentally refer to him at least once a day! Particularly his idea that there is no truth, just one person’s perspective used to dominate another. I don’t apply it in any revolutionary sense, it just allows me the freedom to not measure what I do or think against social norms. If it feels right to me, that is sufficient.

-Tell us about the London scene you exist in. Fellow artists, spots you like to hang etc …

I spend a lot of time in South London. It’s full of preachers, rappers, artists, bands, eccentrics and drunks. There is this constant feeling everyone is trying to get in and out, like a tube station in rush hour. It just means there is always something interesting happening. I feel in London there is no place like it.

-I know you have a new project in the making right now, can you tell us about this and whats coming up next for you!?

The next project is all about exploring the idea of truth in advertising. I went to see Rene Margritte at Tate Liverpool, and I have been reading about consumerism by Jean Baudrillard which has influenced me quite a bit. Advertising relies upon us (the viewer) feeling disconnected from the ‘world’ depicted in the image. It makes me imagine a dog chasing it’s tail, unaware that he will never catch up with it, which is quite amusing. I don’t want to give too much away, but I will be previewing one piece at an Annin Arts exhibition at Saatchi Gallery on 14th October. Kalup Linzy will also be performing which I am very excited about! The finished work will be exhibited as part of a group show in 2012.